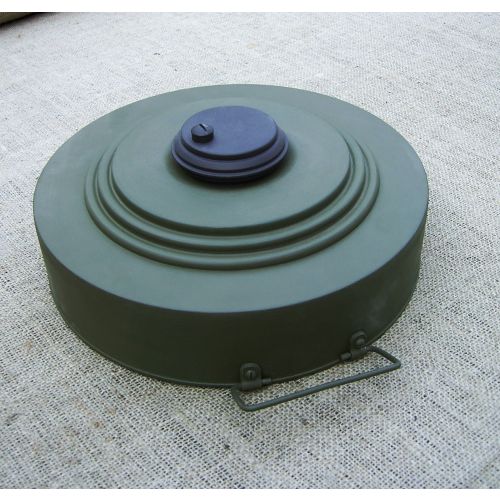 The TM-57 mine is a large circular Russian metal cased blast anti-tank mine. It can either be triggered by a pressure or a tilt-rod fuze. A development of the TM-46 mine, it is found in Africa, the Middle East, and South East Asia. The TM-57 mine has a larger main charge and improved fuzing compared to the earlier TM-46. It is circular with a metal case and a central fuze well. A secondary MUV or VPF fuze can be fitted on the side of the mine. The tilt rod fuze gives the mine improved resistance to blast; it is activated when it is forced to a deflection of 25 to 30 degrees. A training version of the mine that produces smoke is designated the TM-60.