George Cross - Flag of the English 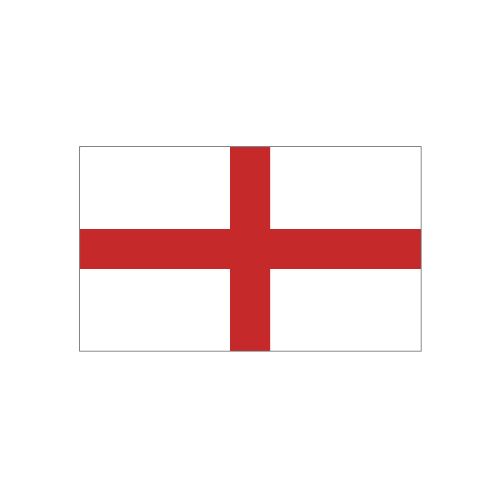 The George Cross, the flag of st George the Patron Saint of England Circa 1277.  The red cross on a white background was said to be first used by the Troops of Richard the Lionheart in the Welsh Wars. Displayed on the Bracers of the English archers and the pennons of the foot soldiers.

Richard the 2nds soldiers wore the design on their surcoats during the Scottish Wars which prompted the Scots to don the cross of St Andrew!!